skip to main | skip to sidebar

FRIENDSHIP, LOSS AND FIGHTING
The parking lot for the high school was on the other side of the building. Most mornings the guys would meet up there before class. One Monday morning was quite different, a member of our football team was missing. He hadn't been seen since dropping off his girlfriend at home in the new town of Kearney. That had been Saturday night, the night that the mineral creek bridge had washed out. During the Monday morning parking lot meetup word came in that his car had been found downstream from that washed out bridge. Three Harmon Cousins were standing together when we got the news, Ronny Harmon, his brother Donny Harmon and myself.
There was no plan made, somehow we just knew. We were going looking for him. Before we could load up and leave, the principal came up to us and tried to get us to go on into school instead. However the upperclassmen would have it no other way, they would search for our friend. The Freshmen, including Donny Harmon and I, would stay behind at school, as a concession to the principal by the older boys. Later that day Ronny Harmon found our friend about a mile down the creek from the bridge before it ran into the Gila river. Ronny was a pall bearer at the funeral.
It wasn't long before the annual "ditch day" when upper classmen played "Hookey" from school for a day by tradition. The ditch day turned into a school wide gathering at the small park located at the Gila river where Mineral creek joins. The majority of the high school classmates had left the parking lot as a group to remember our lost classmate. School administration had no idea what was going on, so, worried about the mass exodus, they called the Police, whom found us later that afternoon down on the Gila River, the wake for Les Mcdowell was over. 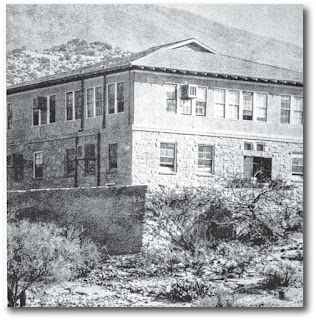 Posted by mountainborn at 12:02 PM

mountainborn
Vandervoort, Arkansas, United States
Deep in the heart of the Ouachita Mountains of Arkansas, Mountainborn lives the ancient hunting lifestyle of his forebearers, while blending modern technology into his mountainer’s daily activities. Millitary skills learned in South East Asia during the Viet Nam era, compliment his woodsman’s techniques, and saturate his life. Mountainborn’s Grandmother worried about her grandson while he was away in the military. She wrote a widely published poem about him titled MOUNTAINBORN, the name stuck. He longed for those misty mountains, while overseas, but the ancient lifestyle was the thing that he missed the most. There was just something about roaming those remote mountains with a gun and a dog that he constantly dreamed of. His descriptions of the Ouachita mountains and hunting to provide for his family constitute the MOUNTAINBORN CHRONICLES. Currently serving as Chief of Police, Larry Harmon lives with his wife Betty and retired drug dog Dillon at the foot of Cross Mountain, near Vandervoort, Arkansas.The MOUNTAINBORN CHRONICLES is dedicated to the memory of CLARA GANDY ANDERSEN.His Grandmother taught him to dream beyond the Mountains that surrounded him.